Prof. Shearer, fellow of National Academy of Sciences of US, visited USTC

Dr. Peter Shearer, a world famous seismologist and fellow of National Academy of Sciences of US, visited USTC on April 17 as invited by prof. Huajian Yao in the School of Earth and Space Sciences, USTC. Dr. Shearer is currently a professor and vice dean at Scripps Institution of Oceanography, University of California, San Diego. He gave an invited lecture entitled “Earthquake location and rupture process” at USTC in the afternoon of April 17. More than 100 students and faculty attended his lecture. 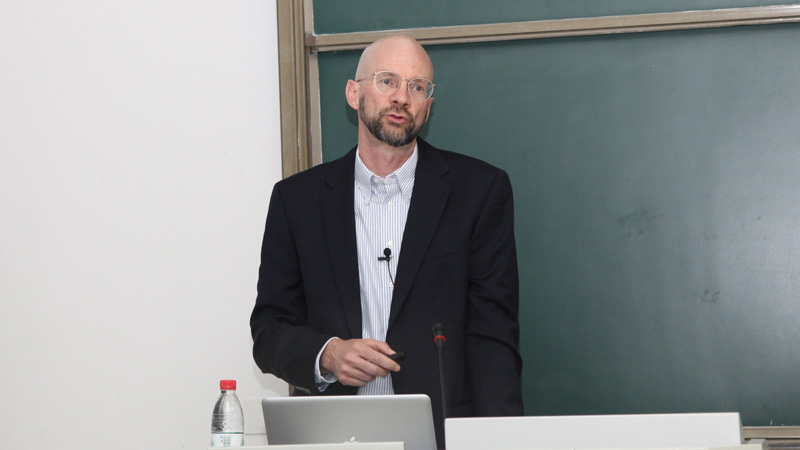 During his lecture, prof. Shearer introduced three types of errors or uncertainties in accurate earthquake location problems with an easily comprehensible way. He then provided the corresponding solution to each of these potential errors and applied the improved location method to earthquakes in southern California of the United States, where he found a blind fault beneath Los Angeles, the capital city of California State. He also introduced the array-based back projection method for quickly determining rupture process and seismic radiation from great earthquakes, and then he showed results from a few earthquake examples. After his lecture, students and faculty have fruitful discussions with prof. Shearer about problems related to earthquake location and rupture process. 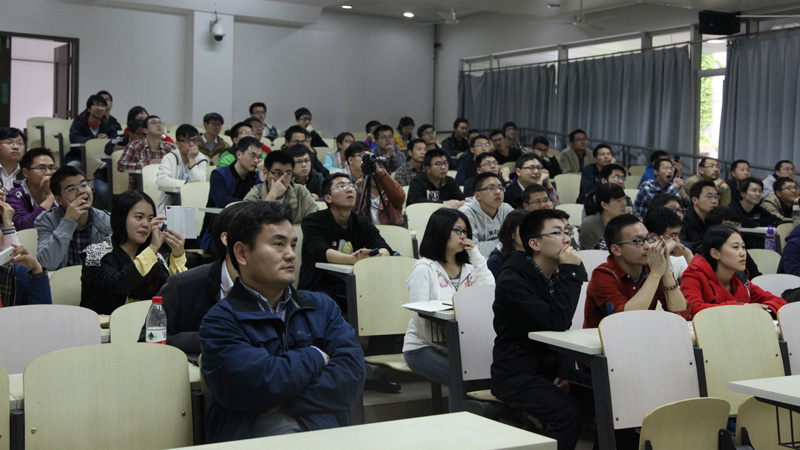 In the afternoon of April 18, prof. Shearer gave another invited lecture entitled “Observing and modeling elastic scattering in the deep earth”. After the lecture, he happily joined in the weekly Friday Afternoon Social Hour organized by graduate students in the geophysics program at USTC. Prof. Shearer had a close and cordial conversation with a lot of students about life, study, and research during the social hour time. He spoke highly of the students’ active attitudes of asking questions during his lectures and social hour. 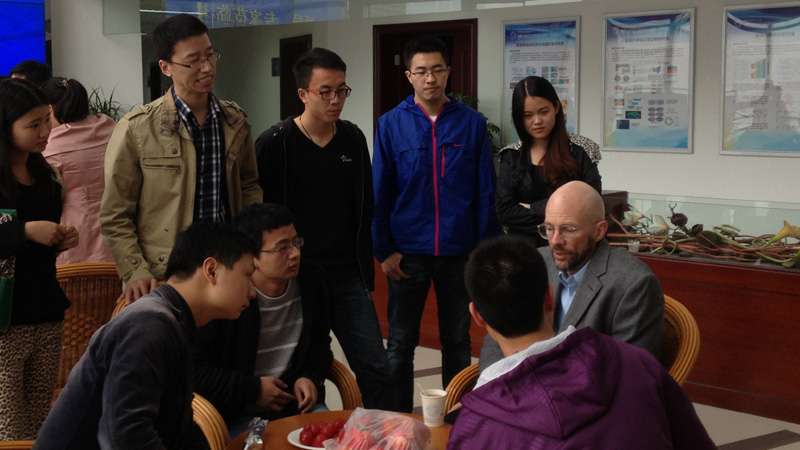 During prof. Shearer’s visit, he had nice conversations with prof. Xiaofei Chen, the executive dean of the School of Earth and Space Sciences, and a lot of faculty members in the geophysics program. He also visited the east and west campuses of USTC as well as the Museum of History of USTC. He expressed great interests in promoting student and scholar exchanges as well as scientific collaborations between Scripps Institution of Oceanography, UCSD and the School of Earth and Space Sciences, USTC in the future.

Prof. Shearer is now the editor of the world-renowned scientific journal EPSL (Earth and Planetary Science Letters) and fellow of the American Geophysical Union (AGU). He was the past president of seismology section in AGU. He has made outstanding contribution in understanding Earth’s internal discontinuities, deep Earth scattering, earthquake location and great earthquake rupture process. He has published more than 180 scientific papers, including over 10 papers published by Science or Nature, with more than 5500 citations in the world. He also wrote a very popular textbook 《Introduction to Seismology》for undergraduate students in the geophysics.